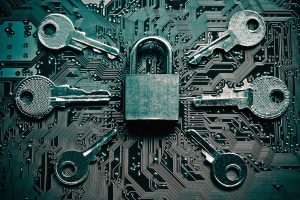 Testbash Netherlands 2017 is a conference on January 27th 2017 in Utrecht. During the day they asked people to submit a 99 second talk. Since it’s only 99 seconds. What could go wrong? To make the content last a little bit longer I put the talk here.

This is a talk for everyone that thinks we will be out of work after we got testing for Internet Of Things figured out.
Blockchains allow for a global distributed, uncensorable, unchangeable,  irreversable, real time database. Just think of all the things you could build or need testing.

The main example of a blockchain in 2013 was the first Bitcoin breakthrough.
After money on a blockchain with Bitcoin,  people thought “why not deploy software on a blockchain?”
It’s now possible to deploy smart contracts/ scripts, databases and file systems globally and unchangeable on a blockchain.
While we try to get to grips with IOT, blockchains are coming as deployed software, and even IOT on the blockchain. And there is now serious money pouring in.
This already went completely of the rails with #thedao.
Fortunately people were able to recover 50 million USD but ended up with 2 block chains.  The old one and the new one. Because some people liked the old database with the stolen money more and continued running it.

So banks, insurers and financials start using internal blockchains now. But to increase trust between different parties it will end up on a public blockchain.

So after IOT, we will also need to test block chain applications.
Fortunately we now get confronted with IOT and adapt accordingly.

We should be able to do the same for blockchains, but start thinking about it now.
So, there stays more than enough work with testing for blockchain deployment.